In The Politics of Autism, I look at the discredited notion that vaccines cause autism.  Russian trolls have spread the myth via social media.  They are also spreading other vaccine disinformation.  Antivaxxers are doing Putin's work for him.

At Politico, Laura Kayali and Mark Scott report that "Western anti-vaccine groups and conspiracy theorists have shifted quickly from parroting falsehoods about the global pandemic to peddling misinformation about the war, often from Moscow's viewpoint."  They continue:

The information war is playing out in real time across the European Union and the United States as well-organized and large online communities that had previously pushed back against COVID-19 restrictions are now framing Russia’s invasion as being between good-guy Moscow and Kyiv and its Western allies — now cast as New World Order oppressors — according to misinformation experts and fact-checking groups.

"The conspiracy sphere is an empty shell of sorts that aggregates as news unfolds," said Pauline Talagrand, who’s overseeing Agence France-Presse’s fact-checking work worldwide. "Whether it's vaccines or masks, there is always something that will trigger people who can be easily manipulated and are distrustful of traditional information."

“The problem with these recurring crises is that they contribute to the enlargement of these spheres and lead to the entrenchment of their narratives,” she added.

In the US, Republican pols are in the forefront. 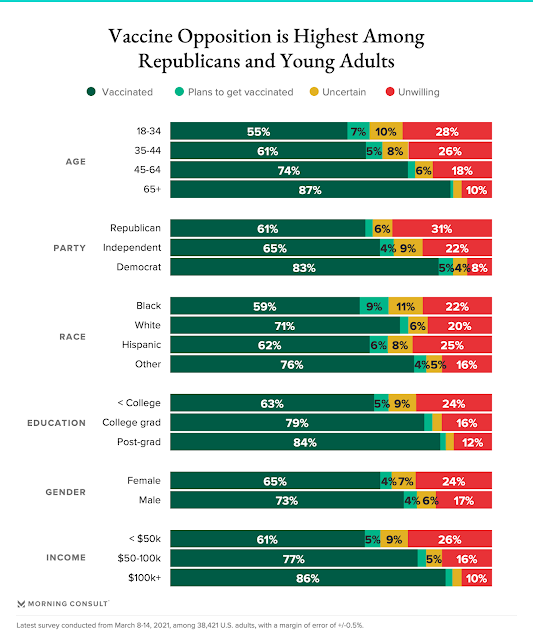