In The Politics of Autism, I discuss services for people with disabilities

Regional centers are private nonprofits that contract with Califorinia's Department of Developmental Services to coordinate or provide services for people with developmental disabilities. The 21 regional centers help disabled people and their families help find and access a variety of services.

From the Department of Developmental Services:


The trend in the DDS consumer gender distribution continued in 2018 with males increasing in numbers relative to females. In January 2008, 61.4% of the people served were male as compared to 38.6% female. In January 2018, the gap widened to 65.0% male compared to 35.0% female. The growing gender imbalance is due, in large part, to the growing Autism population, which is currently over 80% male. 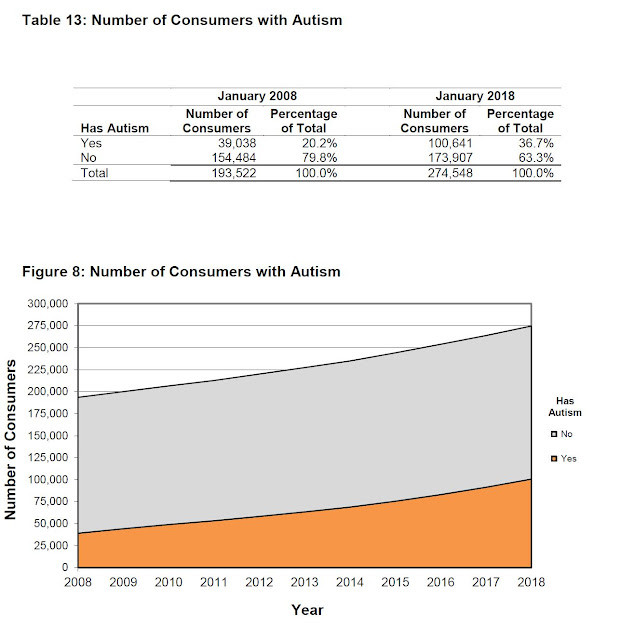