Yet Another Run at ACA

In The Politics of Autism, I discuss Medicaid services for people with intellectual and developmental disabilities, as well as other government programs at the federal and state levels.

The Senate is at it again, trying to rush through disastrous legislation to take our health care away. The Graham-Cassidy bill introduced this week will have the same devastating effects as the repeal bills we’ve been beating back all year. It will slash Medicaid funding, leave millions without health insurance, and allow insurance companies to deny you coverage if you have a disability. 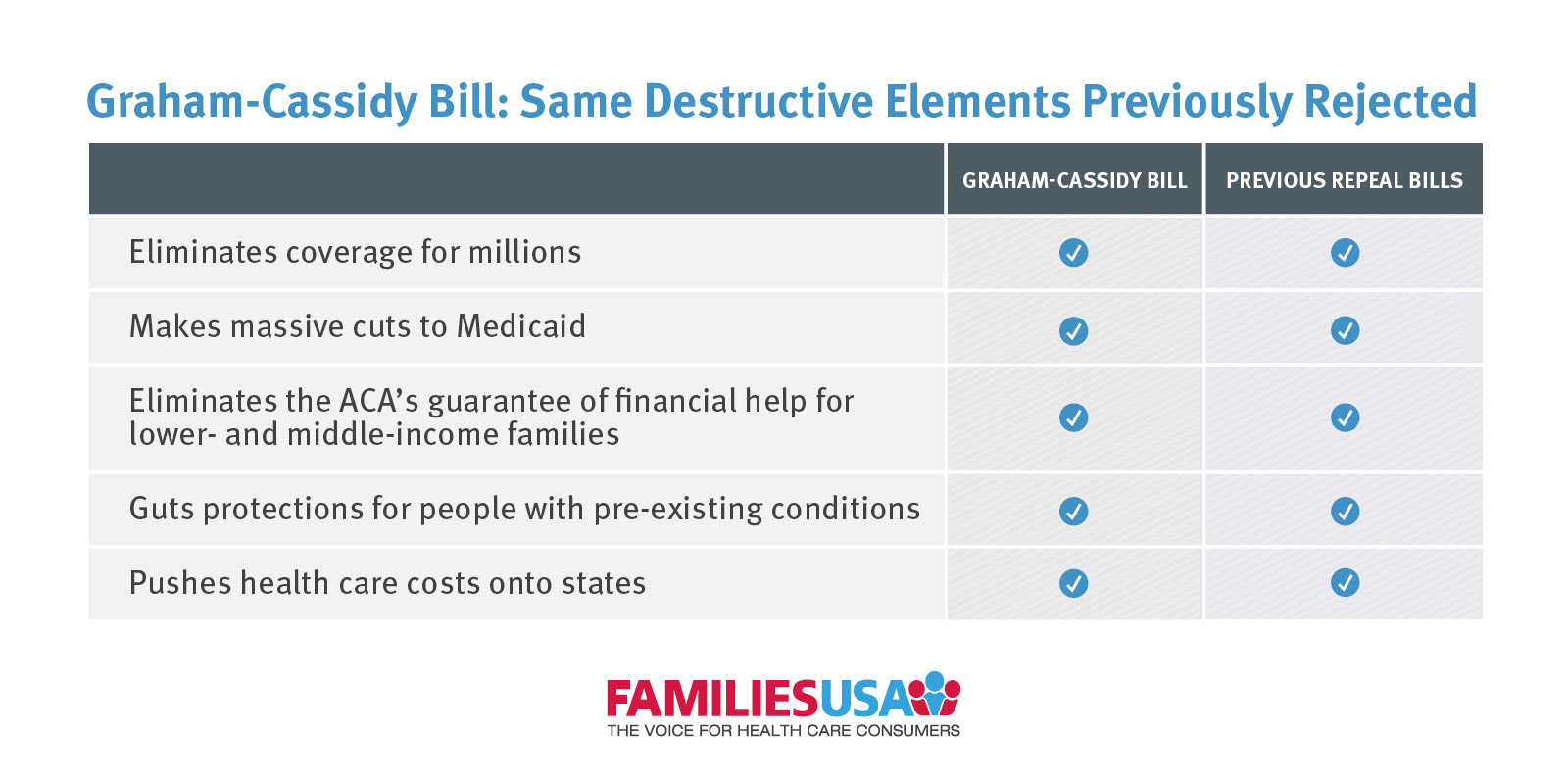 We stopped them from taking away our health care before, and we can stop them now. You know the drill: call both of your Senators, then email them. You can find phone numbers for your Senators’ offices at contactingcongress.org, and use Access Living’s email tool to send them emails.

CBPP offers details on one effect of the bill:


Cap and cut federal Medicaid per-beneficiary funding for tens of millions of seniors, people with disabilities, and families with children starting in 2020. Instead of the existing federal-state financial partnership, under which the federal government pays a fixed percentage of a state’s Medicaid costs, Cassidy-Graham would cap federal Medicaid funding at a set amount per beneficiary, irrespective of states’ actual costs. The cap would grow more slowly each year than the projected growth in state per-beneficiary costs. Prior CBO estimates suggest that Cassidy-Graham would thus cut the rest of Medicaid (outside the expansion) by $175 billion between 2020 and 2026, with the cuts reaching $39 billion (8 percent) by 2026, relative to current law.