Learn more about the Pennsylvania Autism Census at www.paautism.org/census .  This website includes a clickable map showing information for each county in Pennsylvania. Resources are also available through the ASERT Collaborative at www.paautism.org or by calling the Statewide Resource Center toll-free number for live assistance at 1-877-231-4244.


The cliff awaits. The data also point to the coming tsunami of adolescents and adults with a diagnosis or determination of autism: 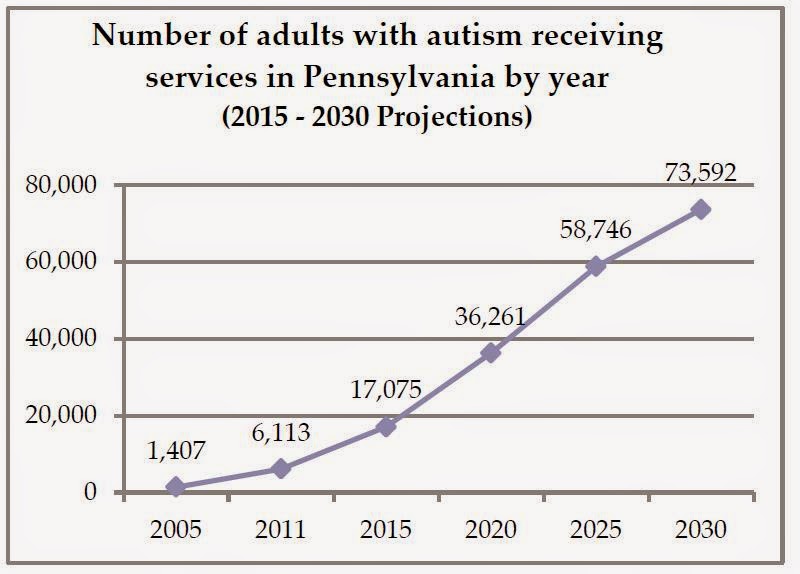