A Victory in Florida

After waiting 57 days since the school year began, Henry Frost will be able to cross the street and walk less than the length of two football fields to attend his neighborhood middle school.

Frost has been taking courses at home while engaged in a dispute with Hillsborough County schools over where he should attend. Frost took his cause to Facebook and other social media and has drawn world-wide attention.

Frost is autistic and has several physical impairments, including hearing loss.

After more than 14 hours of meetings to negotiate an education plan and services for Frost, Hillsborough school officials agreed Tuesday to let Frost attend the school of his choice. 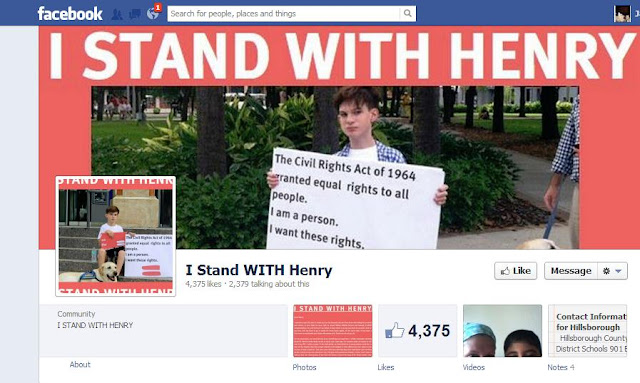